Well, what a day it was.  With both of us not feeling very well, it was pretty much a last minute decision that we would make it to pick up my father-in law and go out to the planned Christmas lunch.  Nigel had not been well for a couple of weeks with bronchitis and although I had been given a flu vaccine, I certainly picked up some bug a couple of days before the 25th.  Thankfully once we had driven off the estate, the main roads had been salted and driving was not too bad.  Sadly, on arrival at my father-in-law's there were no Christmas hugs or kisses, as we were too scared of passing our bugs on to him.  We had a very quick phone chat with family in Australia and then went off to lunch in a nearby village.  It was a pub that my father-in-law knew well but as it had just changed hands, we were not sure whether the special Christmas lunch would be up to the high standards of the previous owners. 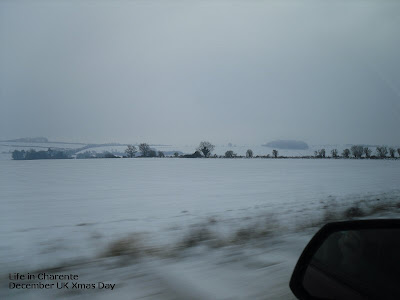 ﻿The snowy fields en route, taken from the car. 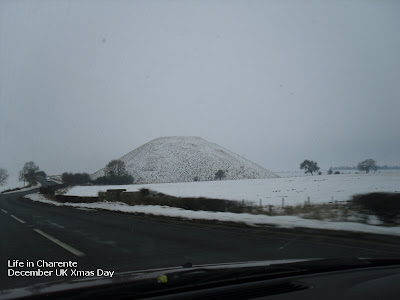 We drove past Silbury Hill.  Silbury Hill is an artificial chalk mound near Avebury in the English county of Wiltshire. It is part of the Stonehenge, Avebury and Associated Sites UNESCO World Heritage Site. It is the tallest prehistoric human-made mound in Europe and one of the largest in the world; it is similar in size to some of the smaller  Egyptian Pyramids of the Giza Necropolis. Its original purpose however, is still highly debated, though various suggestions have been put forward. 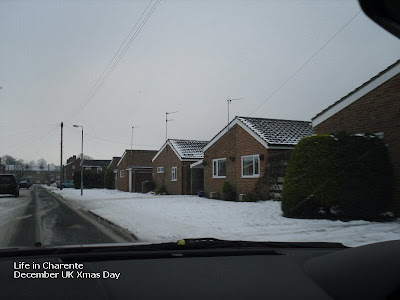 Arrival at my father-in-law's; there was certainly less snow here than at our own house. 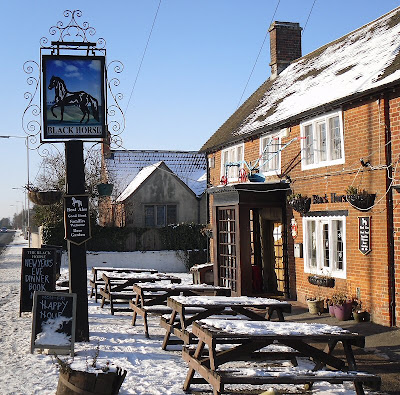 and at the pub where we had booked lunch - hopefully not at the tables in the garden!! 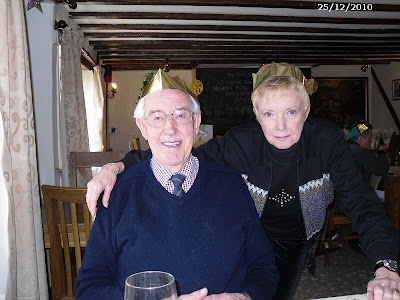 My father-in-law and myself 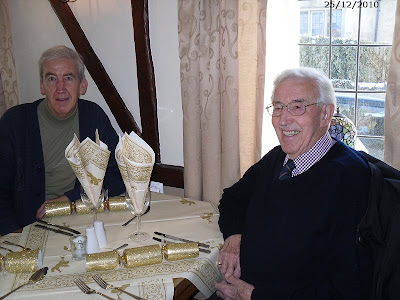 and with Nigel.  My father-in-law is quite an amazing man who is due to turn 90 early next year. 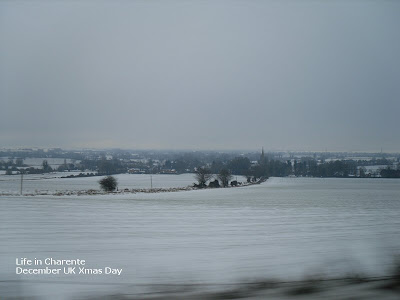 Looking across the countryside on the drive home.  We did not hang around for too long after having had an excellent lunch, and too much to eat!   We were both feeling like it was time to get home and fall back into bed once more; we only surfaced at mid-day the following day!!  We are both now on the slow road to recovery and I have to say we are more than grateful Nigel is off work until the New Year.
Posted by Diane at 16:05