For the followers who wanted to see and hear something about the UK while I am here, I hope the following will fit the bill! We were driving through this beautiful village on Saturday and although we did not have much time to look around, we did manage to get some reasonable photos. Note that some photos will enlarge and some will not!! This seems to be some html trick that Google are playing at which I cannot sort out !

Goring-on-Thames (or more briefly, Goring) in South Oxfordshire, has a resident population of 3,500, and is a very picturesque village in the London commuter belt. Its rail link means that many people work in London, Reading or other towns but can enjoy the pleasures of living in the country. Housing is therefore very much on the expensive side!

The two villages of Goring and Streatley, now in Oxfordshire and West Berkshire respectively, due to a quirk in county boundary re-alignment, have grown up on opposite banks of the Thames, in a location now designated by the government as an Area of Outstanding Natural Beauty. The Romans built a causeway to ford the river here and the history of the two towns is well documented from the time of the Norman Conquest in 1066. Goring had a priory, which was dissolved in 1536 when only the Prioress and three nuns were left. Its stones and timber were undoubtedly slowly recycled into other buildings in the locality.

The river Thames had always been a major highway, as well as a power source for water mills. In the 17th century, interest in Thames navigation was expanding as the growth of London demanded ever more commodities of all kinds, and goods could reach the heart of the capital by river. New river locks, built in 1787, improved accessibility to the capital for freight barges.

A toll bridge over the river was built in 1837, and in 1840 the Great Western Railway opened Goring Station, providing a station on the main railway line from the west of England to London. The first schools were opened about this time. A better, free bridge, was completed in 1923. Some old timbers still remain in the bridge structure and can be seen today.

Streatley in West Berkshire has a population of only some 600. Before the toll bridge was built, the two villages had little contact; in fact, Streatley originally was larger and more important than Goring, because it was on the turnpike road to Reading. Today, the two villages work together as one community, organising and sharing in local amenities and activities, and co-operating in the preservation of their joint heritage. 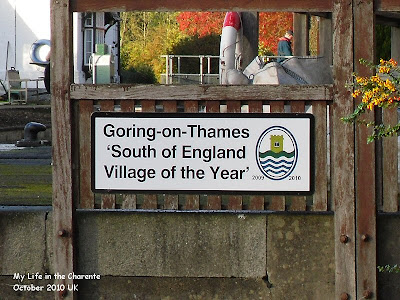 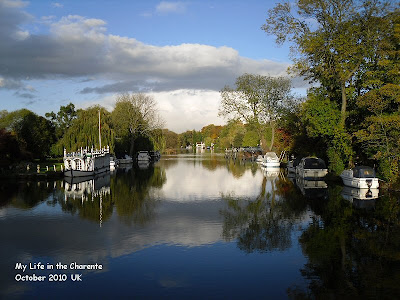 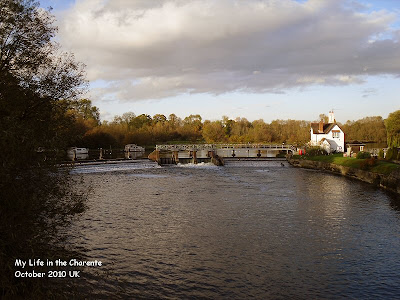 Goring weir on the Thames 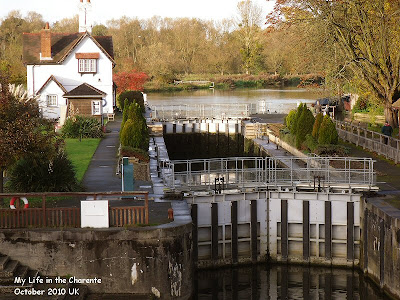 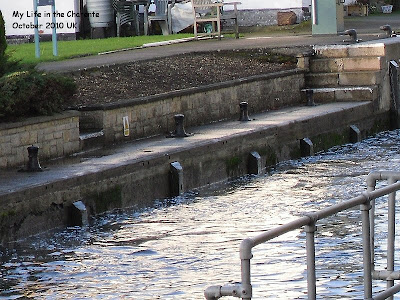 Here it is filling rapidly with swirling water for the approaching boat. 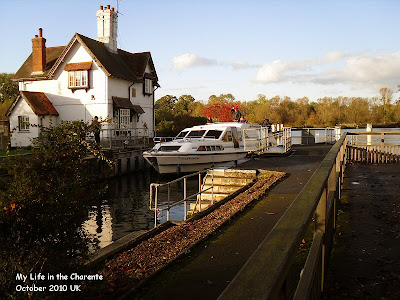 The boat entering the lock 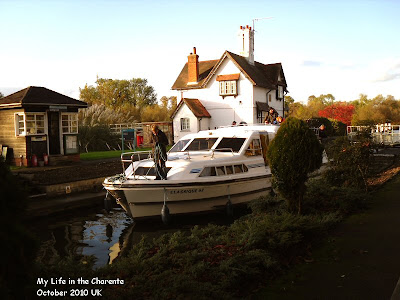 and in the lock 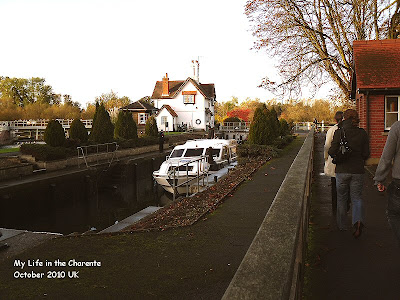 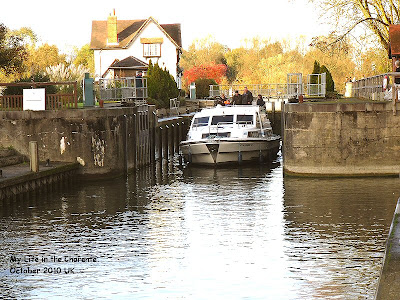 Water down to the lower level and the boat is on its way once more. This all happened  within about 10 minutes. 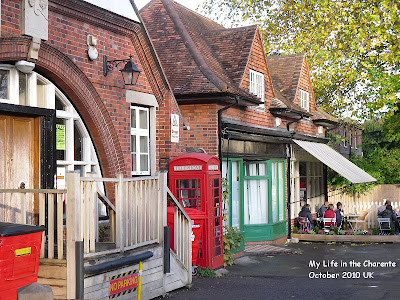 Goring Post Office with the old telephone box outside. 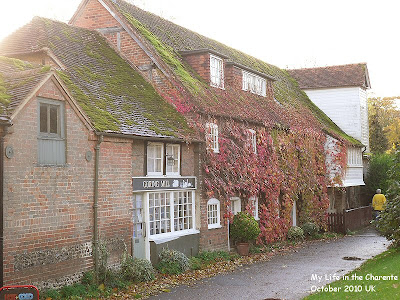 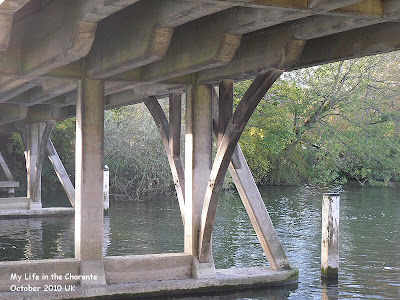 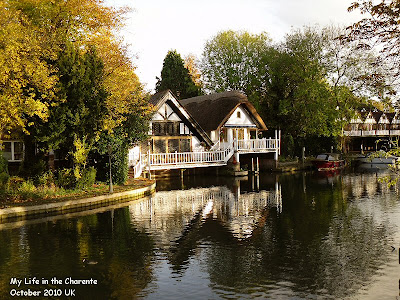 One of the beautiful houses along the river bank. 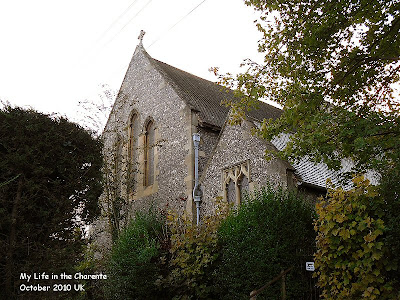 Streatley church which we did not have time to investigate further.
I hope that you enjoyed the trip over the bridge between Goring and Streatley.  I will be back where my heart is in France for my next post :-)
Information on two towns with thanks to the following:
http://en.wikipedia.org/wiki/Goring-on-Thames
http://www.goring-gap.co.uk/
Posted by Diane at 08:05