We took a trip into Chasseneuil on Saturday morning, to find that the central car park had been entirely taken over by a vast array of used cars and camper vans.  Most were for sale, at prices given on windscreen stickers, but the ones to which we took a fancy, appeared to be merely on show. Not that we could have afforded one anyway! 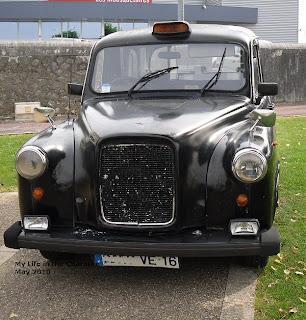 London taxi - It has seen better days and I'd be surprised if it is still in use as a taxi!.  Note the Union Jack on the back. 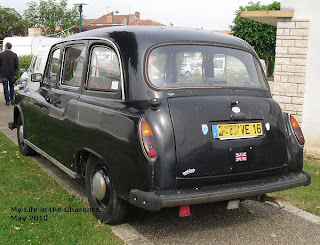 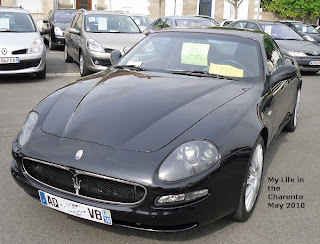 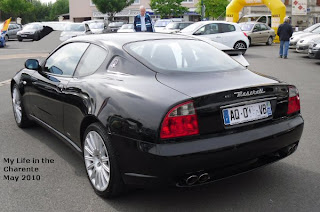 We were unable to fathom out what make this is, but judging by the Cibie headlights and lack of badges, conclude that it is a French fibreglass special! 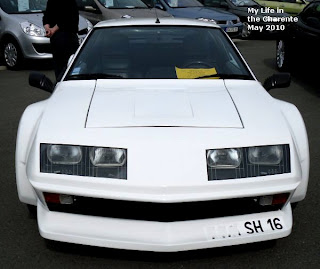 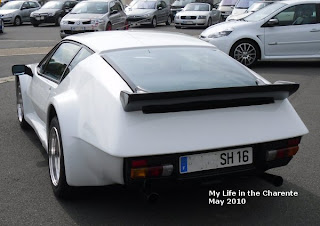 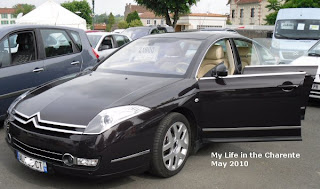 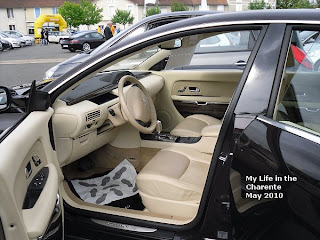 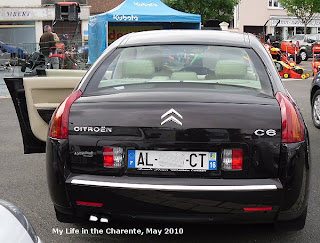 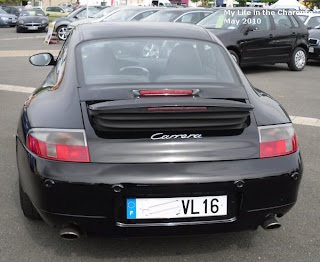 I am very definitely a Porsche fan. 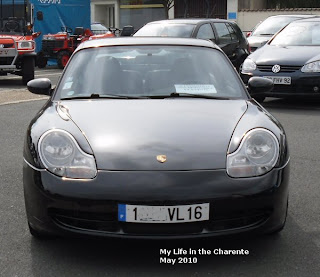 P.S. It is still cold and wet.  We even lit the fire yesterday afternoon.......... at the end of May, this is ridiculous.  7mm of rain overnight, thankfully nice and steady, so at least the garden is getting the benefit of it.  While typing this on Sunday morning, it is still raining lightly; what we used to call in South Africa and Zimbabwe, a "monkey's wedding" except here the sun is not shining with it, as the real weather phenomenon requires!  "Monkey’s wedding," a  translation of the Zulu 'umshado wezinkawu', a wedding for monkeys.
Posted by Diane at 11:11

Labels: Cars, Round and About, South Africa, Weather