On Friday, I rubbed down the double wooden trapdoor in the kitchen ceiling. It is the original ceiling (or floor of the upstairs roof space) where previous owners, many years ago, used to store hay and feed for their livestock. The kitchen ceiling paintwork was badly damaged last year by water leaks associated with the huge hail storm we had late May. We had many broken roof tiles, and water came through the roof and ceiling in a raging torrent! Luckily, the wood dried out without warping, but the paint did not survive so well! The roof was fixed soon afterwards, but the ceiling paint needed to be fixed. After completion of the trapdoor, there are still four small fixed panels to be done, but unfortunately they are over the top of built in cupboards and more awkward. 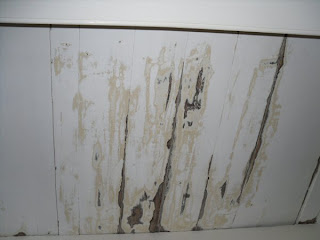 No comment!! I hope you will soon see the improved version.
I cleared up all the mess after sanding, and as I was standing there looking like a ghost, covered in white dust from head to foot, the door bell rang. It was David; he was just going to look at the new building plot he has bought, and would I like to go and have a look. The purchase is an investment and he will build a small house on it and rent it out. Naturally I was keen to have a look, so after a quick brush of the hair to get rid of the worst of the dust, and a rapid change of track suits, we were on our way. Now I know where it is, I can cycle past occasionally to see how building operations are going. On our return, he kindly produced his chain saw from the back of the car, and cut up the branches that I had brought down from the large fir some weeks ago. This of course called for a small celebration, so a quick pastis later he was on his way. As I have said in this blog many times before, I am not sure what I would do without the help and friendship of David, Florence and the kids.  I might just add here, my French has improved very little while David's English has improved no end!! This was not the way it was supposed to be!

On my return I took a trip around the garden and discovered that the Viburnum, (Snowball bush), had suddenly started coming into flower. 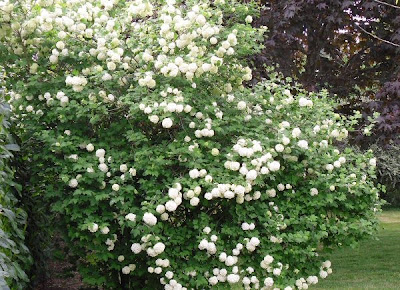 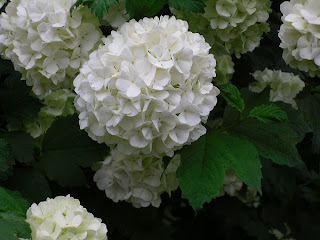 I wish that there was a means of putting a perfume on the internet, the bluebells at the moment are quite overpowering. 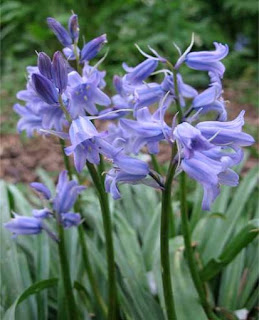 Next I found this young chap trying to find a spot of sun on my upturned seed tray. Unusually, he allowed me to get quite close.  I say he, but maybe it is she! I have no idea how to sex a lizard! 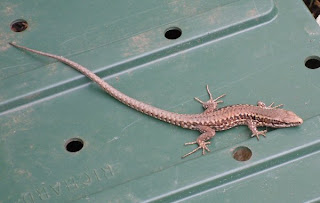 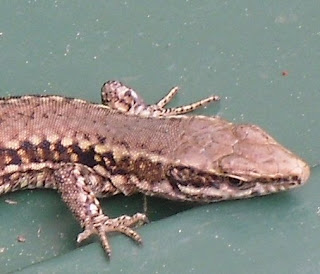 I then decided that a shower was in order to get rid of all the dust only to find I had unwanted company! The change in weather must be bringing them out!! Yuck! 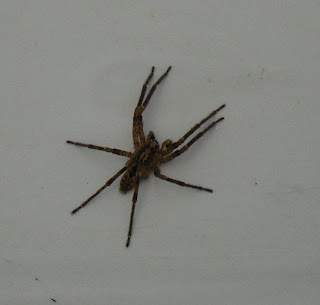